I feel that
I need to test acrylics in the same way as emulsion. How can I make
a super-flat surface? Can I make it matt? How does acrylic work
over filler? Does that change the colour/texture or does it remain
static as on primed canvas. How does varnish work over acrylic? 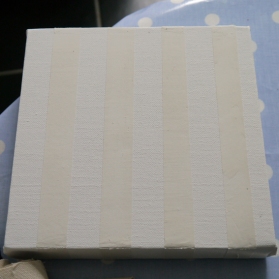 1. Primed canvas with stripes of filler

3. Painted with stripes of varnish

4. Painted with stripes of varnish

5. How this appears with a flash

6. Under certain lights the texture disappears, but the varnish does not 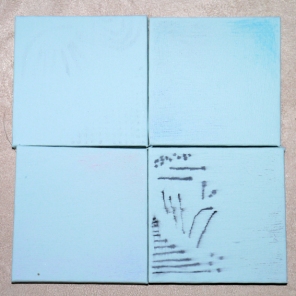 11. Only the green and blue biro and ink pen really left any showthrough

13. Top left and bottom are samples shown in 12 painted. Top left has PVC and fleece included

14. No. 13 with flash, showing the difference angled light makes.

17. From this angle the texture virtually disappears

18. From this angle the stripe texture can be clearly seen

20. As 19 but photographed with flash 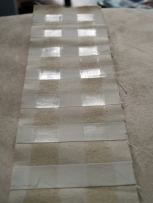 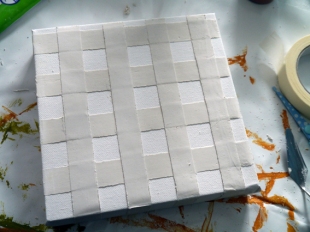 30. Even photographing, I am still obsessed with colour combinations I can see around my subjects